It is past midnight now, which means it is Saturday, the school week is over and I am done with week one of sophomore year!  It has gone pretty well and I'm not swamped with assignments and homework (yet) so that is good.  I suppose the easiest thing to do is to give you a little bit of an overview of my classes now, since I'm sure I'll be referring to them further on in the future (which you can skip ahead to now, if you can figure out how to work the Tardis).

French 101 - this one is fairly self explanatory.  It's a class on how to learn French and it's the beginners class. Mon professeur est magnifique! She is a lovely lady, very friendly and encouraging and today in class she asked for a volunteer to do the tango with her while we sang "etres", or "to be" verbs.  Not what I had planned on doing when I went to class this morning, but fun nonetheless!
History of Ideas: Medieval Thought - I suppose the simplest way to describe this is that it's... well... the history of ideas.  The HOI series is a five course series, each of which covers a different period in history.  So we start out with Greek and Hebrew, then Roman and Christian, then Medieval, then I think Early Modern and then 19th/20th Century Thought.  In each class there is a book list of on average 10-12 books selected from various authors of the time period and will usually be a variety of different sources - religious, philosophy, poems.  You read more pages then you thought was possible and end up resorting to spark notes because you ran out of time, and then discuss the readings in class.  I personally have really enjoyed the classes I've taken (G&H - Med.)... it's an honors class, so the students who are in the class want to be in the class and they enjoy learning, which makes such a wonderful difference in the tone of the classroom.  It's not a lecture by the professor on the readings for an hour, it's an active discussion where the goal is that the professor talks as little as possible.  Sometimes I wish they would talk the whole time... the professor's I've had have been so incredibly brilliant that I love listening to their thoughts on the readings.  In this class, Medieval, there are only seven of us registered for this section, which has provided a very different atmosphere so far, which I've really enjoyed.  We started off with reading The Rule of Saint Benedict, an absolutely fascinating read that I highly recommend.  The rest of the schedule involves Beowulf, readings from Martin Luther, Erasmus and Thomas Aquinas.
Landmarks Discoveries in Science - What did I get myself into?  It says right in the syllabus that if you have not taken Math 121 or higher, then expect to encounter difficulty with the course.  I took the math for dummies class that they have here.  We were reading Thomas Kuhn's The Structure of the Scientific Revolution for Wednesday... didn't understand a word of it.  It's so... science-y.  At least The Copernican Revolution: Planetary Astronomy in the Development of western Thought has been easier to understand.  I absolutely love the professor though.  He knows what he is talking about, and he must know how boring of a topic this could be because he is so funny that you end up wanting to read 70 pages of Kuhn (almost).  Today he was talking about paradigms and alternative theories and offered an alternative theory to gravity, explaining why pens fall to the ground. "Now an alternative theory as to why this pen falls to the ground is that over the years people have dropped pens and the little bits of ink that accumulate on the floor are the ancestors of the ink in this pen here. So the pen falls to the floor because it wants to rejoin its ancestors".   So if the idea of gravity just doesn't appeal to you, there is alternative theory for you.

Image Processing - This is my light class of the term, only 1.5 credits and one day a week.  The idea of this class is to learn Photoshop, which I am very excited for... I've done a little bit and am loving it already... as well as creating aesthetically pleasing, original artwork.

Voice Lessons - I am very excited to be taking voice lessons!  I recently discovered that I can, in fact, sing in tune and sound good enough to perform without embarrassing myself, so I decided that if that was the case then I wanted to take voice.  I've had piano lessons before, but never vocal, so this is brand new and exciting!  I had my first lesson this week, half an hour, and my instructor is a very sweet, very friendly lady.  I mentioned I was learning french, so two of the first songs I'll be learning are in french (!), and the third one is "I Could've Danced All Night" - my absolute favorite song from My Fair Lady.

And that is my class line-up for Fall Term 2011!  In addition, I'm also acting as assistant news and assistant photo editor on "The Chronicle", our campus newspaper, member of CUAB, the student activities board, publicist for the Pro-Life Club and working as an office aide in our Office of Admissions and on the Production Staff*.  Speaking of which... I should go to bed now, as it is 1AM and I have a long work day tomorrow for a show the Callaway sisters, Liz and Anne are doing at our concert hall.  And yes, that Liz Callaway - singing voice of Anastasia and Odette.  Be jealous.

*Production Staff: noun The student workers who get payed to do homework and watch the cool shows they work,work sound and lights and - depending on the show - do actual work like hanging lights, lifting heavy speakers and other show paraphernalia.  Related terms: Babysitting jobs and work.

Babysitting job: noun When the student workers sit in the theater, turn lights and mics on and off once or twice, do homework and wait until the people leave so they can lock the doors.

Work: noun When the student workers earn every last cent they get payed and make up big time for the babysitting jobs.  Involves lifting equipment almost as tall as you are, running between four different theaters to find the right equipment and doing other strenuous labor.
Recorded by Amanda at 1:20 AM No comments: 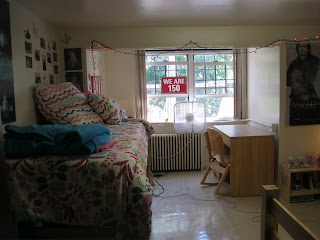 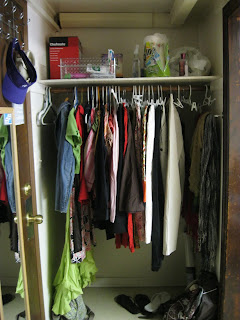 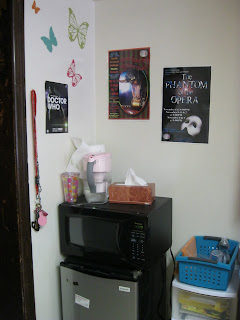 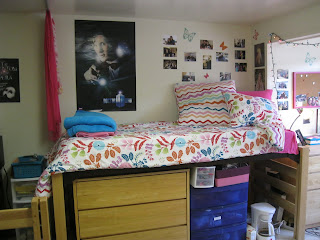 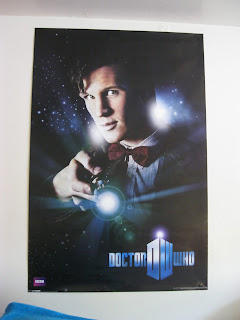 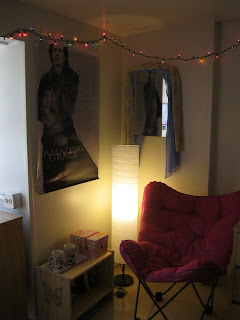 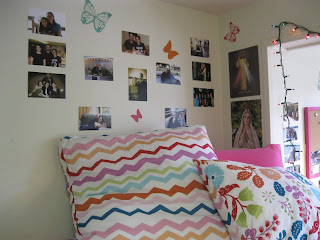 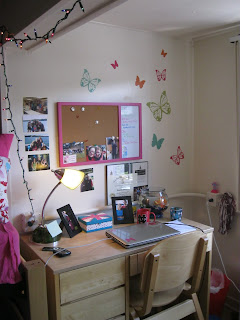 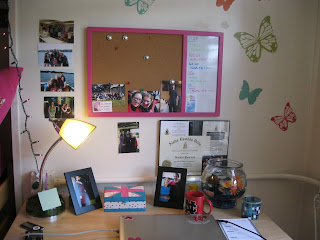 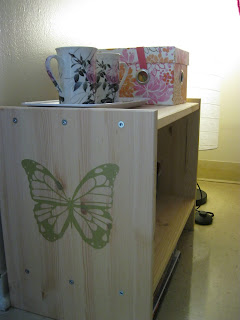 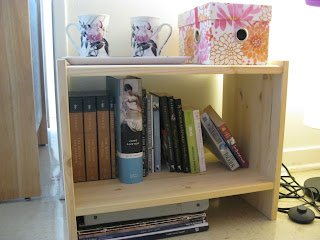 Tis the last rose of summer
Left blooming alone
All her fair lovely companions
Are faded and gone
~ Thomas Moore
Finally, my summer is over.  To all of you who are in school and still wishing for a few more weeks of vacation that sigh of relief may seem a bit crazy.  From my point of view though... everyone else on a semester schedule is gone and back in school and I'm like the rose in the poem I quoted up at the top of this post.   Oh trimesters, why must you start so late and keep me waiting around with nothing to do but go to work?  Which isn't a bad thing, of course, money is great and a bit necessary... but I am ready to be back in school with all my friends, see all my favorite professors and faculty again yes - I am saying this - I am ready to be doing homework and stressing over deadlines again.  In a week or two I may be taking this paragraph back, but for now, I am ready for summer to be over and my college life to start up again.

There is a little corner of me that doesn't quite want this summer to end though, or not yet anyhow.  Because honestly, this has been the best summer of my life so far.  When it started out, I though it was going to be a normal, relaxing, relatively quiet summer and not the beautiful, miraculous summer that it was.
Because you see, dear reader, this summer the boy I've liked on and off and in varying degrees for the past three years somehow managed to fall in love with me and ask me to be his girlfriend. I've been discovering first hand the challenges of a long distance relationship, but every moment we've skyped or chatted has been wonderful, and the five days that turned into an unexpected eight days due to a hurricane and canceled flights were a dream come true.  I've never been happier.  Perhaps another reason I'm glad summer is over is because then I'm that much closer to Christmas and being able to see him again.
At any rate, next summer is going to have a lot to live up to.
Recorded by Amanda at 8:09 AM 1 comment:

A Time to Blog

So here I am, back again in the blogging world.  It's been a while, well, eight months.  Which is a while.  Usually the first thing I do when I start a blog is write a little bit about me, but now Blogger has the nifty thing where you  can create pages so I can create an "About Me" page rather than writing a post.  So I guess I'll ramble a little bit about blogging and why I started this one.

This isn't my first blog, I've created a few of my own in the past and co-written a few others.  My very first one was this little place called "A Rose in Bloom" which I kept going for nearly three years.  It faded away about Christmas-time in college, both because of time and mainly because that blog was created with a different Google account than my e-mail, which meant I had to sign out of Gmail if I wanted to blog which meant I couldn't chat with friends... so the blog was left by the wayside.  Recently though, as I've been following the blog of my dear friend Elenatintil and reading about her new college adventures the blogging bug bit me again and I decided it was something I wanted to get back into.  I really do love to write and I've missed writing about... well, whatever I felt like writing about.  College papers only provide so much joy and satisfaction.  Rather than revamp Rose in Bloom, I decided to create this brand new blog with a brand new name and a brand new look and a brand new Blogger that will allow me to be signed into Gmail AND Blogger at the same time so I can chat with my friends and write all sorts of random posts about my life, movies I watch, music I listen to and adventures I don't have, all at the same time.

Seriously, how much better does it get?
Recorded by Amanda at 9:28 PM 3 comments: