A Crash Course in Palestine

Working in a large hotel with meeting and event space is proving to have an educational aspect that I did not expect. We of course have our weddings, business meetings, and educational conventions. Those have proven to be interesting, but nothing quite like the group we had over the weekend of the 4th of July.

Our entire hotel - every guest room, and every inch of meeting space - was booked by a single convention, something you don't see everyday.  We're used to being sold out, of course, but being sold out with random guests who are not connected and being sold out with a single group of close to 1,000 people who all have the same schedule are two very different things.

This group was essentially a giant family reunion.  Each member of this federation is directly from, or has a parent or a grandparent from, a single town in Palestine.  In the years since they relocated to America, they have all kept in touch and gotten together for a weekend during the summer for 57 years.  To me, that is pretty amazing that there are that many people, from the same town, all related in someway that have consistently kept in touch for over half a century.

Prior to this weekend, I honestly didn't know anything about Palestine.  I thought it might be a country, officially, but I was not completely sure.  I assumed they were primarily Muslim, but again I wasn't sure.  We had been preparing for this group for a long time, so I took the opportunity to do some research and learn more about this culture.

I still don't know very much, but I did learn that Palestine is loosely considered to be an independent country by some, and a region of Israel by others.  Currently the majority are Muslim with a minor Christian population, but historically the population was much larger.  Since the 1940s, however, large amounts of Palestinians - many of them Christian - have fled to other countries as a result of persecutions and attacks by Israel; the group staying at the hotel was made up of those Christians who left Palestine during and since that time.  During their stay, I had the opportunity to see parts of a performance by an ethnic dance troupe which was fascinating to watch in the traditional Palestinian garb with large agricultural influences. They set up large trees in the lobby that were meant to represent the olive and almond trees, both important in Palestinian agriculture and symbolism as I was told. As far as I could tell, every guest could speak Arabic, even the younger generations.  You could tell they loved and were very proud of their heritage.

From a hotel standpoint, it was definitely a different kind of weekend.  The day they all checked in was nuts, and then the next two days were quiet in a busy way as we didn't have any guests to check in or out, and fell into the role of a concierge desk instead.  The day they all left was especially crazy... of course there were hiccups along the way, but overall the group coordinator told us that everyone loved their stay here and were very happy.  And that, after all, is our main goal.

So that was my unexpected educational weekend.  It just goes to show you never know who will walk through your front door.
Recorded by Amanda at 8:00 AM 1 comment:

Email ThisBlogThis!Share to TwitterShare to FacebookShare to Pinterest
Labels: confessions of a GSA

I have lately become a little obsessed with lavender.  Lavender in food, specifically.

My interest was sparked when I stumbled across a recipe for lavender lemonade on Pinterest, and fully ignited when I discovered that this fabulous new grocery store, Fresh Thyme Farmer's Market, had dried lavender flowers available for purchase.  I had looked briefly online, but anything was in too great of quantity for my experimental interest, and none of my other local grocery stores had it among their seasonings or spices. 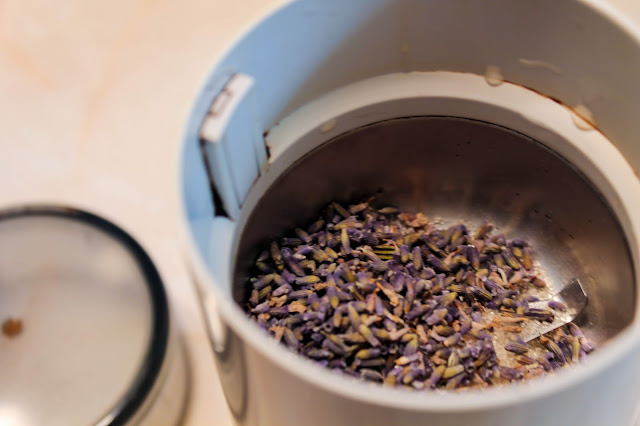 Finding myself with some free time the other day, I decided to try out Lavender Lemonade.  I used this recipe to make the lavender syrup, and was delighted with the results.  It is naturally a golden color, due to the half cup of honey, but I added in a (wee bit too much) purple dye for fun. 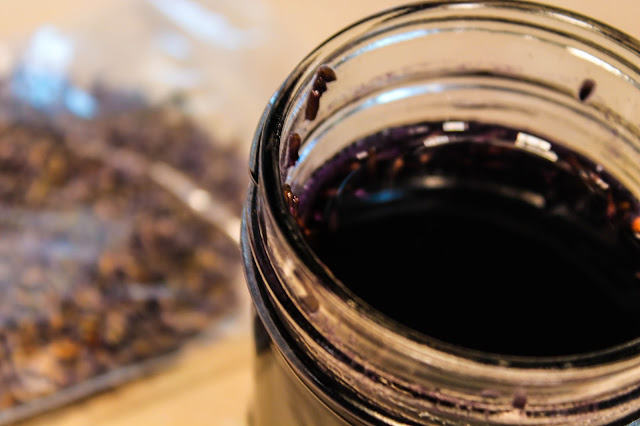 Having prepared a nice pint sized jar of lavender syrup, I decided to try out the Lavender-Honey Iced Latte  (the same recipe where I found the lavender syrup).  I quickly brewed up a concentrated coffee in my French Press, and while that was cooling off to an Iced Latte temperature, there was this recipe for Lavender Shortbread Cookies that I knew I had to try. 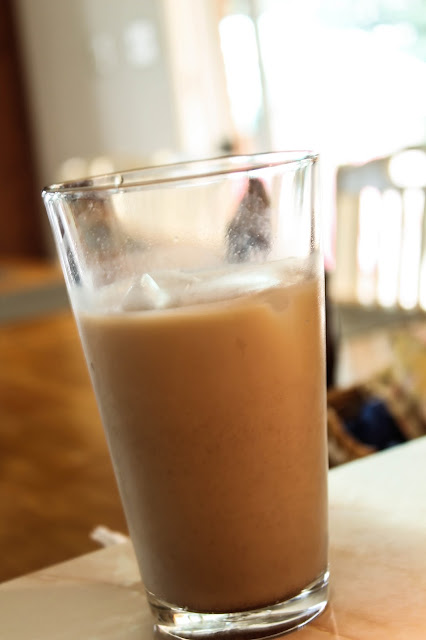 The cookies took just a little bit of time, with the thirty minutes of refrigeration, but were very simple and easy to make. Lavender can be somewhat overpowering in large quantities, but in small amounts for baking the scent is full of summer and cheerfulness.  I did get a few raised eyebrows from my family at the "putting flowers in cookies", but I think we've all agreed that the end result has a subtle enough flavor to be unique and quite tasty. 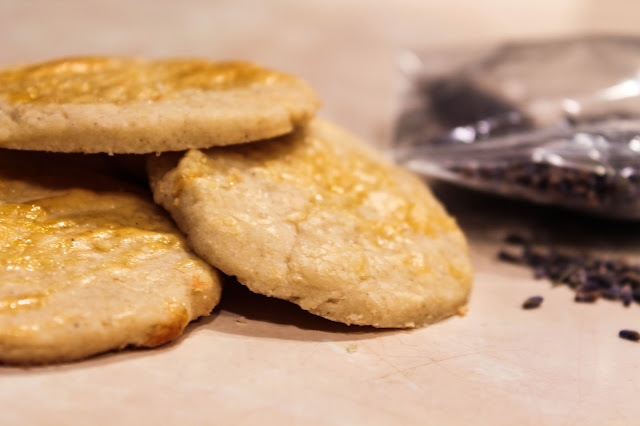 Next on my lavender list... Lavender Cupcakes with Honey Frosting, and Chocolate Lavender Cake with Earl Grey Frosting!
Recorded by Amanda at 3:30 AM 3 comments: