1.
For a number of years now I've followed along as my mom has posted the 7 Quick Takes on her blog every Friday, as well as reading the Quick Takes on Jen's blog. I was trying to think of something to blog and saw that it was Friday, so I thought "Hey, I'll give these Quick Takes a shot".

2.
Ever since the sixth season of Doctor Who ended last Christmas, I have been eagerly following the production and filming of the seventh season.  Now the start of the seventh season is just around the corner! I'm curious to see how the first five episodes will go... after today's mini-episode of Pond Life and a few leaks, it's pretty certain that Amy and Rory's relationship is heading down the drain (NOT cool Moffat.  Not cool.) We also know that episode five "The Angels Take Manhattan" will give us the departure of the Ponds before a midseason break leading into the Christmas Special and a new companion.  The first episode premiers tomorrow - so the questions will all be answered soon!

3.
I am an avid Pinterest follower, particularly of the dessert recipes and DIY projects and I saw this really cute gift idea the other day.

Turning a tie into a handbag?  I think I will try this one. 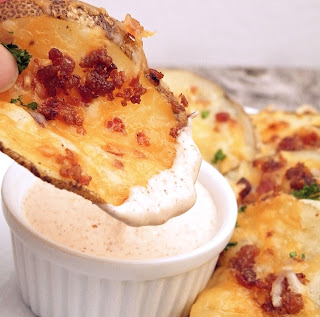 5.
While I tend to take after my father as far as the majority of my personality goes, I do tend to talk and tell stories in the same way that my mother does - namely, I will leave out bits of information (usually crucial to understanding what I'm talking about) because I just automatically assume that my listener knows what I'm talking about.  I experienced this again last night while telling a friend about my adventures out east with My Knight.  I was going through the highlights of the week, finished telling about the trip to the Divine Mercy Shrine, when I said how we went down to the ocean one day, "and oh! I saw an incorrupt arm!" She gave me what I guess was a confused look as I continued to talk about how interesting it was, when she interrupted me, wanting to know where exactly I had seen this arm.  I realized I hadn't mentioned it was at the Shrine of Saint Edmund of Canterbury and correct myself.  Her response was one of relief.  "Oh! Good... I thought you were walking along the beach and you found this arm, and you meant that it was just preserved or petrified or something and I was like 'AMANDA! Shouldn't you have told someone about this???'"

7.
I was doing some photo editing with pictures I took of My Knight during our visit, and I just love how this one turned out. I was trying to express why I liked it to my sister, and I was going on about how it looked like those black and white photos you'll see of saints on holy cards, and pictures like that and she stopped me with "You mean you like it because it looks like an old photo?"
Yeah.  Yeah, that would be why I like it. 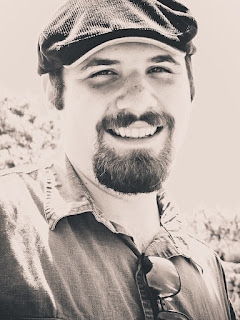 It's been quite a while since I've written something up for here... but I have been busy, and that's my excuse! Work, life in general and grand adventures tend to occupy all your attention at times.

Last week I took a trip out east to visit my Knight, and we had an absolutely beautiful time together.  It felt like time slowed down, and we were able to really savor each moment together, something that I feel will be a help in the long months ahead until we see each other again at Christmastime.  We had many fun outings, including a trip to the National Shrine of Divine Mercy, located in the beautiful Berkshire Mountains (trust me, this prairie girl was super excited!), a trip to the ocean coast, and seeing "The Dark Knight Rises" in the epic IMAX theater.  I have been home for a few days now, and it's hard, but we did have such a wonderful time together, and I know that the time will pass quickly until our next visit.

While I was away, my siblings started up with school again.  As I am not in schooling this year, I'll be helping out  little bit when I'm not working, and teaching two of the younger ones to play the piano, and doing a format writing class with two of the older ones.  I'll continue to teach myself how to play the guitar, and then in my spare time I'm going to read a lot of books.

I've seen it passed around in Facebook notes several times, and I'm sure you have as well.  The note that goes:
BBC Book List

Have you read more than 6 of these books? The BBC believes most people will have read only 6 of the 100 books listed here.

Instructions: Copy this into your NOTES. Bold those books you've read in their entirety, italicize the ones you started but didn't finish or read an excerpt. Tag other book nerds. Tag me as well so I can see your responses!

I've read a fair number of the books already (30 if I counted correctly and didn't miss any), which leaves me with 70 more to go!  I'm always looking for new books to read, so I feel that there is a pretty good chance I'll actually do this.

I edited it a little bit (taking out The Complete Works of William Shakespeare, for example... I think that will be a separate reading project), but here is the list.  The titles in bold are the books I've read - how about you?

Today was a much sunnier day than yesterday, and our plans for swimming were not interrupted.  We packed the car with swimsuits and sandwiches for lunch before heading off to our parish for mass, and from there we drove to the lake for an afternoon of watery fun. 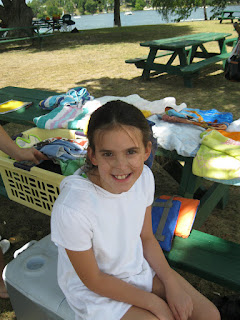 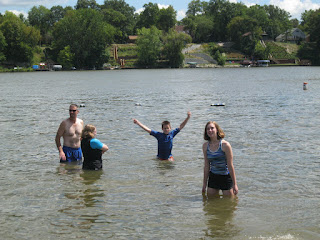 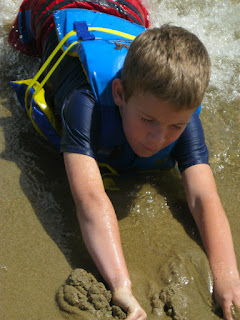 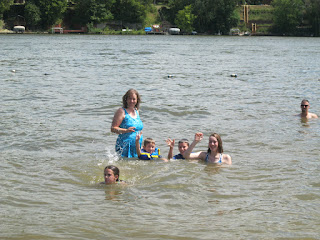 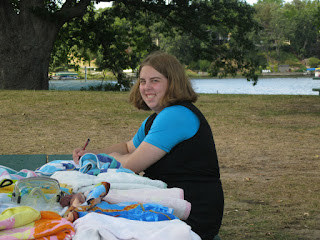 Recorded by Amanda at 9:00 PM No comments:

The Plan:
I go to work in the morning, mom does groceries, dad gets stuff done, in the afternoon we pack up and head out to the beach for swimming and a picnic. 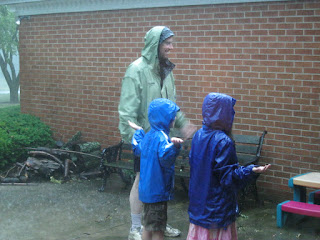 The Reality:
The morning went slower than planned, so we decide to post-pone the trip to the lake until tomorrow.  Which is just as well because I ended up having a killer headache all day due to the change in weather pressure and we had a huge thunderstorm blow through in the middle of the afternoon.  We got a lot of rain that was desperately needed around here, and the power only went off... three or four times for no longer than 40 minutes.  By the time we were ready to grill the burgers for dinner the rain had stopped, which was unusual considering our track record of only grilling when it's storming or snowing or any other kind of bad weather.  (We almost never end up grilling when it's sunny out...)  Day one was finished off by watching the film "We Bought a Zoo" - a good, fun movie despite the handful of regrettable swear words including one that I'm glad I know went clean over my siblings heads - but it was funny and clean otherwise and one that we all enjoyed.