Confessions of a Hospitality Major: Life and Lemonade 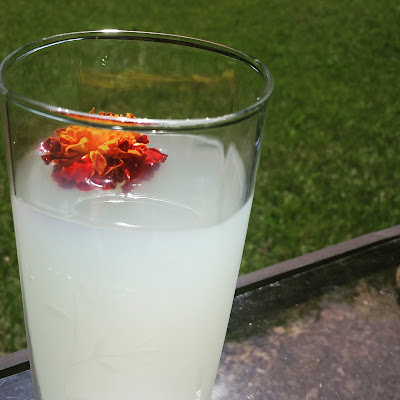 It's been two years now since I began working in the hospitality industry, one year now since I left my little limited service world of the TownePlace Suites for the much, much lager world of Hilton. As with any anniversary, I feel like there should be life lessons I've taken away from my experiences and nuggets of wisdom that I've gleaned and stored away for future times. I suppose that, yes, I have learned a few things. You can't go a year in your life and not change as a person or learn something.

In the last year, I've learned that there are a lot of entitled, selfish people in the world and not all of them book through third party websites. Most of them come from the top tier honors programs and I find myself putting on my extra bright and sunny smile when checking the honors tier in to make sure they like me and don't decide to smash us on the review websites. I'd learned this to a certain extant at the TownePlace, but when you are only dealing with a hundred rooms and at the most sixty people checking in in a super busy day... it's not as noticeable as when you have almost four hundred rooms and regularly come in contact with two hundred + people on a regular basis.

I've learned that people can smile and say everything is fine and then later write a scathing review about how the service was terrible and leave you wondering what happened. I've learned that people are selfish, demanding, and not all of the nasty people you can encounter will be on the guest side of the desk. Sometimes one of the worst people you've ever met will be your boss, and you'll have to learn how to deal with the added stress and anxiety that can heap on an already fairly stressful job. (There's a reason why people in hospitality are most likely to become alcoholics.)

I've learned that common sense is virtually extinct, people don't know how to do things for themselves, they don't know how to solve their own problems or deal with when someone says "I'm sorry, but you can't do that." People will get angry over their own mistakes and gladly blame it on you, and you will have to smile and take it - to a certain extent. If they cross the line then go ahead and shut that sucker down because you aren't getting paid enough for that nonsense. I've learned that even after a year, I still am not very good at dealing with angry people. I wish I was, I wish I knew exactly how to be polite and courteous and tell people that they are acting like angry children with a smile. My face turns red, I freeze up, I get anxious because "shoot this person is mad at me, and if they leave here mad I'm the one who is going to get in trouble for not making them happy."

It's a lot to deal with, and I've learned that while I do enjoy the Front Desk on it's good days it's burning me out and I definitely can't do it forever. There's a lot of days when I leave work muttering how much I hate my job and I just can't deal with this s*** anymore. I've walked in the door to start my shift, had an encounter that pushed me up to the edge right away and gone to my computer and started looking for other jobs.

And I've learned that gosh darnit anyhow, I don't want to work in any other industry. It's frustrating at all get out sometimes (a lot of the time) but for some reason I love it. I love working in a hotel.

I've learned that there are genuinely nice, wonderful people out there who will be ecstatic at how beautiful your hotel is and they never imagined they'd be able to stay in a place like this but they found a really, really good deal on Hotwire. There are people who appreciate the things you do to make their stay as wonderful as possible and understand when you can't grant all of their requests. Nice, happy mother-of-the bride's do exist and will thank - and even tip! - you for helping them out. There are reasonable people out there still who will apologize for getting upset about something, and leave saying that you've made their awful stay into a great one.

I've learned that good co-workers can make all the difference. When our former manager was still around and making life miserable and I struggled to say that I liked my job, because most days I really didn't, I was still able to say with complete honesty that I love the people I work with. I've learned that social life can be a challenge when you never know what your schedule will be like from one week to the next and you work goofy hours that are different from anyone else, but getting to work with your friends helps to make up for that. I've learned that finding people you want to hang out with outside of work is awesome, and having people that I can comfortably be myself around is the best thing ever.

I've learned that your job is what you make of it, and you can choose to focus on the bad days and the negative encounters or you can decide to crack a joke, give a real smile to the people who come up to you and focus on the ones who smile back. I've learned that there's an awesome reddit board filled with stories from people who have the same guests and experiences as me, and it's quite fantastic. I've learned that sometimes your work can throw a ton of lemons at you, but if you take a few extra minutes you can get some fantastic lemonade out of it.
Recorded by Amanda at 10:48 AM No comments: